Scene 2. A Brief Meeting with the Constable 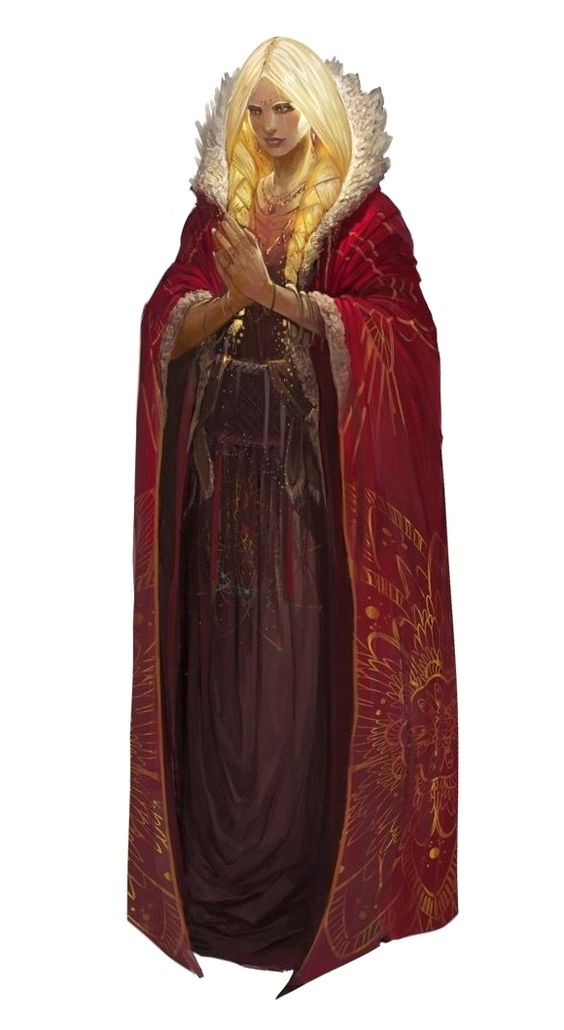 I decided to go with introducing our third protagonist.

Q. Where exactly does she begin? Tent, Map, Jewel
Q. What about this place draws her here? Fossil, Magnet

Shoshana Ezgrandilia was a stranger to Dagger Falls. Few strangers went unnoticed in the afflicted and depressed township. The sorceress drew even more obvious stares most likely because of her strange otherworldly appearance. Appearing almost elven-blooded (although she was thoroughly human), the white-haired pale practitioner of the Art shot contemptuous looks at those who gawked. Wherever she inquired, the Dalesfolk slammed doors and latched shutters. Being a wizard in a place where a mysterious curse plagued the town did not endear her to the locals.

That’s a compel of the current issue, FEAR AND PLAGUE… Shoshana now has 4 Fate Points.

She sought Marlas Dwinkle, a jewel-smith and curator of various curios who had a small shop in the market. She had researched that he had small finger bones that might aid her in a spell of finding. A powerful mage was laid to rest here in Dagger Falls sometime in its past. She scoffed that such a provincial backwoods trading post might have once been the chosen home of one of wizardly order. She was only a novice spell-caster, albeit possessed of considerable power already — but never would she consider residing in such a contemptuous excuse for a town!

As she approached Marlas’s humble shop, she thought she saw him turn the sign on his door to ”closed”. Nonetheless, she was determined to gain entrance.

Using High Fantasy Magic to handle her abilities, I’m going to do just enough homework to set those. I imagine Shoshana as wielding some fiery blasting magic, and having some divination magic. I’ll give her the Disciplines of Fire and Sight. The associated skills include Lore (default Casting Skill for the Relentless Learner mode permission), Shoot, Provoke, Investigate, and Empathy. I’ll place those in her skill pyramid when the time is appropriate. Will is also extremely important. However, because she has two Disciplines, her Refresh is set at 2.


In light of this, her last compel would bring her to 3 rather than to 4 Fate Points.

Q. Do Constable Tren’s goons pick up Shoshana like in the module? (Very Likely) Yes

These are going to be two Fair (+2) Nameless NPCs with OPPORTUNISTIC SWORD FOR HIRE, Provoke at +2, Fight and Physique at +1, as well as 3 stress each.

Suddenly, two men loomed suddenly behind the enchantress when she was peering through the dark glass of the establishment and rapping on the pane for someone to answer the door. She turned when it suddenly got abnormally shady, finding herself facing two very unwholesome fellows with clubs and knives.

“Stand back, simpletons!” she screamed. “Get you away from me!”

Shoshana attempts to place SHOCKED AT HER MOUTHINESS on the pair. I’m assigning Provoke at Average (+1) rank in her pyramid. She gets a full success.

The two backed away involuntary, having never before encountered such an impetuous and daunting woman. They looked stupidly at one another.

“Someone wants a word with you,” one grumbled.

“If it pleases you, m’lady,” the other added.

With burning bright eyes, Shoshana glared at them. “Who might that be?” she challenged.

Her face softened somewhat. “Yes! That’s more like it,” she said to herself. “Yes, take me to your governing authority. He must get his lazy townsfolk to work harder! Show me at once!” she said.

Q. Is Tren’s motivation still the same (to hire adventurers to clean out the crypt)? (50/50) Yes

“Thank you, gentlemen,” the man said dismissively. Looking at the mage, he asked, “…And you are?”

Shoshana’s eyes narrowed. “You do not know!? Ah, well, how could you? You are but a simpleton… I am Shoshana Ezgrandilia, apprentice to the mighty Simbul herself, ruler of Aglarond. Perhaps you’ve heard of it?” Her voice dripped with sarcasm and arrogance. “And who are you? By the slouch of your shoulders and the confused stupor of your troglodytic forehead, you must be the clerk. Now be a good man and fetch me someone capable who is in charge of this petty, insignificant town. Off with you…”

Of course, Shoshana realized this worm was the Constable, but she hated being herded, patronized, and made a laughing stock of. Her sharp tongue was not something she could easily control.

Going to natural compel her BRUSQUE AND ARROGANT TO A FAULT (her Trouble). She now has 4 Fate Points.

Q. How does Tren react? Shackles

It was said that Constable Tren’s tirade continued much of the day, spewing obscenities from the window to his office. Shoshana was naturally ushered roughly to Tren’s jail. As she was an enchantress of uncertain power and ability, they made sure to keep her securely shackled and masked to prevent any words of power that might unleash terrible curses.

“Well, I never…!” was the last outrage to fall off her lips. Perhaps this search for the secrets of the mage-lord Colderan would never come to be. As she lay prone and bound, Shoshana remembered some of the Simbul’s admonishment for the frequent unfurling of her unguarded tongue, and thus her mind. The young adept was starting to see the value of that lesson.

White-haired and pale, Shoshana is a flashy woman in embroidered robes, and a pupil of the Simbul.

High Concept. Adept Learner of the Arcane
Trouble. Brusque and Arrogant To a Fault
Aspects. Seeking the Secrets of a Fallen Wizard

Not much gained here other than learning about our third protagonist and her quirks. It was still fun! But she’ll need some bailing out.

The Chaos Factor goes up by 1. I add “Get out of Jail” to the thread list. Stay tuned for scene 3.
Posted by Rory Bracebuckle at 9:42 AM