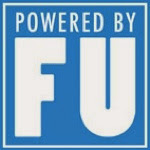 Greetings readers! No, I’m not dead… I have, however, been traveling far too much. There has been little comfort or let alone internet access for more than a month, and RL business before my trip prevented posting prior.

Enough for the excuses.

What is next? I have plenty of unfinished projects and solo campaigns to pick up…which I will! First, however, a plan to add a new project, one that features the flexibility of FU RPG (free universal RPG) by Nathan Russell. For those who do not know, it’s a fabulous light and elegant system, and great for trying those ideas you would like to try with your group (or alone) with no prep or forethought. As an aside, Nathan is currently working on a second edition, which I am anxious to see. Hopefully this can also help build some excitement.

I plan to post some short play reports using FU to feature and test its flexibility. Each post will center around a different short solo adventure utilizing a different genre. FU can easily do this straight out of the box with no effort except perhaps renaming the descriptor types. However, each genre I’d like to feature I will try a small surgical alteration in each to highlight the genre.

This is where you, the reader, can help too. If you want to propose an idea for a specific genre for me to try, voice it. I plan to try a cyberpunk and a swashbuckling session first, maybe followed by a Wild West session. I WON’T try a Star Wars or Kung-Fu session, because those hacks are already available.

Secondly, each session will make use of a new solo narrator with which I’m experimenting. Like most that I’ve tried to devise, this one is light, and is based on the development of a random plot generator and interspersed shifts, which I’m calling, Twist of Line.

This off-the-cuff scenario generator was inspired by the space adventure creator in John Harper’s Lasers & Feelings. Twists are added through random determination.

Things are not what they seem when…

Pick a threat, supporting character, or thing introduced in the story so far, or roll Story Cubes, select a random picture, etc to help focus the subject of the twist.

Posted by Rory Bracebuckle at 2:29 PM