Coming Back Around to RotSM 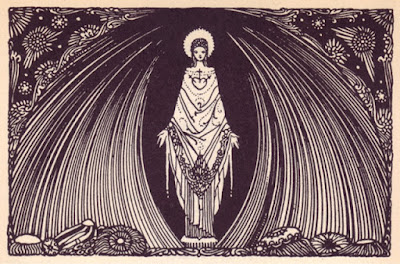 Been quiet around here. Almost two and a half years since my last post on the topic, and I’m missing my ex-mercenary solo character Mitra, who was in the midst of some very harrowing adventures with a lot at stake. I’m planning to come back to her using a similar format.

These posts were mostly prose, making heavy use of Rory’s Story Cubes. I used cubes to prompt action and detail when I came up blank. I also used a whole set of them for creating cut scenes — building whole scenes of NPC action to build characters and lay out plot. I also used a Die of Fate mechanic to determine the overall negativity or positivity of a situation or prompt.

I paired these techniques with FU, one of my favorite all-time RPGs with its six outcomes that work great for generating more forward momentum, the interpretation of which serves nicely as its own form of game oracle. FU is also fast and gets out of the way, allowing the player to zoom in and out of the action as needed and resolve any sort of dramatic situation.

I will be changing this system in this actual play continuation. For this, I’m going to test drive the Cornerstone universal RPG — particularly the Cornerstone Fantasy plugin both created by Ben Dutter of Sigil Stone Publishing.

But why ruin a good thing? Dutter cites in his rules that they are heavily influenced and inspired by Freeform Universal, Fate, PbtA games, all of which are games I love and that do good things. Cornerstone keeps a similar FU-style “and/but” outcome, along with Fate-style traits/aspects, and a simple single die (sometimes two dice/pick the best). Characters feel unique, and there are a few other aspects about the game that appeal to a soloist — the PC only rolls, just like in FU, but NPCs are expressed only through their Vitality (hit points), the flat damage they can do, perhaps an overall difficulty modifier they might confer, and that’s about it. Even minimalist FU has more bookkeeping than this.
To show what’s in the tin, I’ll stat out Mitra, converting her into Cornerstone.

The first thing the author advises is creating a game concept. Here, the genre, tone, setting, and purpose for adventuring is codified. This is important for a group to get on the same page. Here, I know what I’m after, but I’m listing it anyway to be complete, making this a more complete walk-through of the system. Fate Core has a similar game creation step, but here it’s minimalist, comprised of nothing more than a short list:

The next step is to codify the character concept. I have a very strong one in mind for Mitra, because she’s a favorite character of mine that I’be used frequently. We get the following:

Who? Loner, Compassionate, Riddled with Regret
What? Seasoned Warrioress, Tactician, and Rider
Background. Former captain of the Black Dragons Mercenary Co., she committed regrettable wrongs, working for the evil network that employed them until she left to join the fight to liberate her native Damara.
Foreground. Working to release her friends, having been blackmailed by her old employer to do an evil deed.

Traits are next; those aspect like descriptors that can be “triggered” to provide some mechanical boost or hindrance. Characters start with three core traits — ideals, method, and history, that already say a lot about a character. For this we get:

All cool and simple so far. Cornerstone Fantasy adds races and classes to the basic rules. Mitra is a human, which grants her some special abilities related to her expertise, being tough, and most of all, creative problem-solving (something I can see myself using frequently). She’s a warrior, and has a few special things attached to it, like more than average Vitality, other toughness related to damage reduction, bonus to damage, and faster initiative. Suggested expertise is applied to that skill, which in Mitra’s case will be “battle tactics”, making that part of her important.

Next, the base skills are filled out with additional ones to facilitate the genre. This is already handled in Cornerstone Fantasy. We have the eight standard: Awareness, Coordination, Influence, Knowledge, Logic, Might, Resistance, and Stealth. Add to this Magic and Expertise (which is a catchall skill tailored to what your thing is). Next we rank these, each rank providing a range for success on a D6. Mitra has:

Basic Cornerstone has Abilities, which include one unique thing a character can do. Cornerstone Fantasy takes care of that with races and classes. Already, our heroine is quite nuanced with information about her behavior, capabilities, and faults. We’re not quite done, however.

Advancement can take place after completing quests. Characters can benefit in several areas, including ranking up a skill, gaining another point of Vitality, a potential change to one of the core traits, a descriptive trait (a new trait describing reputation or some interesting character thing they’ve picked up along the way), or a technique, which is a new addition to Cornerstone Fantasy. A technique is like one of the basic rulebook’s abilities, which allows a special thing that characters can do without fail, do when it would otherwise be impossible, or do with advantage (roll two dice and take the best). Techniques, however, only allow players to choose one of the three benefits.

Considering that Mitra completed a quest already (to recover the death mask of the naive king), I’m going to select some advancement options to reflect what happened. She gets the benefit of:

* +1 Vitality
* Becomes average in Knowledge
* Gains the fear of the dead descriptive trait (yes, I’m actually choosing a negative trait!)
* Keeps her core traits as-is
* and gains a new technique: Dirty Fighter — roll with advantage during the first exchange if you use a cheap of unorthodox fighting method

Okay, that about wraps it up. In the end, Mitra looks like this:

* Never fail At noncombat Tasks related to your Expertise Skill.
* Advantage when Tasks are attempted in a creative or unorthodox method.
* Permission To roll for Impossible Tasks related to endurance, willpower, or pressing on through pain.
* +2 Vitality

Again, there’s lots of detail on her sheet. Everything being player-facing and low impact on the GM, this game is a natural choice for the solitary player. In my next post, we’ll examine how it actually works in play. The other appealing thing is that most modifiers cancel out and do not stack for the most part, so the most one can expect is a +1/-1, best/worst of two dice and add an and/but to the result. Sounds simple, but I’ll find out if it lends speed to play or not.

Looking forward to post #8 of Return of the Shattered Mail, a game I haven’t revisited in more than two years.
Posted by Rory Bracebuckle at 3:30 PM